Live in Boston (a.k.a. Boston Live and Jumping at Shadows) is a live album by British blues-rock band Fleetwood Mac.[2][3] It was recorded over three nights at the Boston Tea Party venue in Boston, between 5 and 7 February 1970.[3] The recordings were made for a proposed live album which was to have been released during 1970, but the project was shelved and the tapes remained unreleased until Shanghai Records issued seven songs from the performances as Live in Boston in February 1985.[2][3] The album was reissued a few months later as Jumping at Shadows by Varrick Records[4] and was re-released again in 1989 as Boston Live by Castle Communications. In addition, a number of other compilations featuring material dating from Fleetwood Mac's February 1970 residency at the Boston Tea Party appeared during the late 1980s and early 1990s.[3] Released:
While Christine McVie's stabilizing presence is missed and Nicks' and Buckingham's voices are showing their age, the Mac are still putting their hearts and souls into it. On these vibrant live tracks, the band proves that its reputation for glossy studio sheen is unearned -- they're exceptionally gifted musicians. 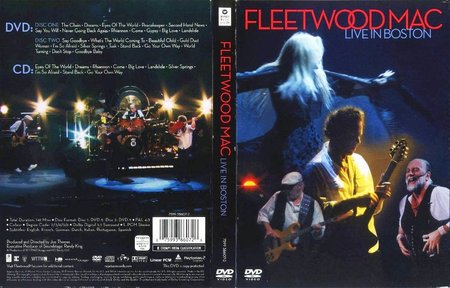